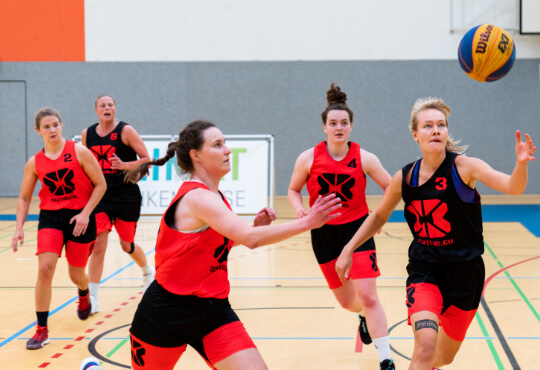 Amazing day for 3x3 Basketball. The finals of the 3x3tour.eu took place in Bielefeld.

WOMEN:
With 20 current and former national team players for WOMEN, the level of play and intensity was very high. The final game was among the unbeaten Team Poland and 3x3Göttingenallstars. The hard fought game went Göttingen's way. Our congrats go to 3x3Göttingenallstars!

MEN:
9 Teams went into the race for the spot in a World Tour Stop. The favorites were Team Amsterdam, Lausanne, Graz and Bielefeld.
The Final was played between Graz -who upsetted Team Amsterdam in the semis and Bielefeld who took Lausanne down.

Hometown team Bielefeld took the win after beating Graz in a very close game. The Winner will have a World Tour Spot, if there will be one organised.

This year's quest was the first ever and was a big success. 409 players took part in 6 stops and played a total of 313 games.

Thanks to all players, helpers and partners for being with us!

See you next tour!